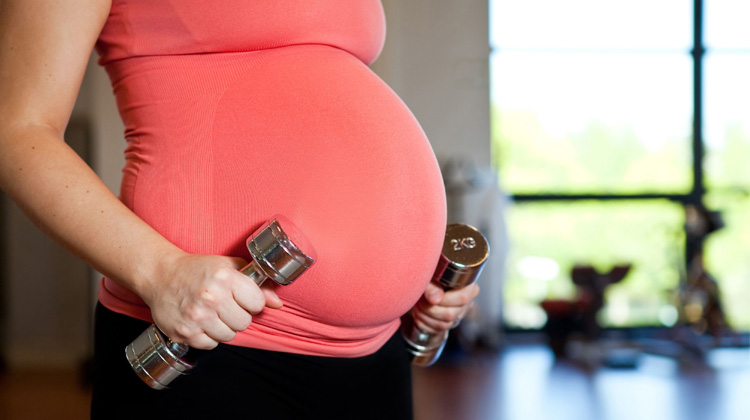 The practice of a regular exercise program can be a great ally of women during pregnancy, but requires care.

The vast majority of pregnant women during that period feel musculoskeletal discomfort, especially low back pain. Such complaints are due to hip rotation, and increased ligament elasticity (Bennel, 2001).

Not physically active women, suffer from the decline in physical fitness, and the lack of physical exercises let the woman most facilitates disease during this period (HAAS et al 2005). Resistance exercise (weight training) mild or moderate has positive effects for women without causing risk to the fetus. The practice increases the strength and flexibility of pregnant women, thus leaving it ready for the body changes during this period.

Aerobic exercises are also suitable because they are capable of controlling weight gain, maintenance of conditioning and further reduces the risk of gestational diabetes, as it uses glucose as energy substrate and stimulates the production of insulin. Are not only physical benefits but also mental and emotional (STERNFELD, 1995).

Risks to the fetus

Pregnant women commonly think of the possible risks to your unborn baby, but calm down, light and moderate exercise in addition to not have negative influence on the fetus, still tend to help with higher birth weight. Already in levels of exercise with high loads, the risk exists and can cause less weight to the fetus as well as increased risk of abdominal injuries in pregnant women causing major problems (BENNEL, 2001). Contraindications in pregnancy

According Bennel (2001), the woman who has the following complications is prohibited to practice physical exercise of any origin:

Recommendations on training All women who do not have the limitations listed above need to be encouraged to remain physically active. Here are some recommendations of Sports Medicine Australia: