What is blood pressure systolic and diastolic? 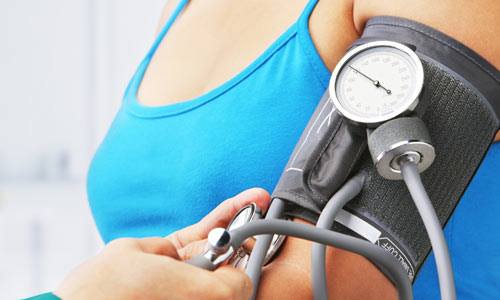 Blood pressure is a measure of how intense the flow of blood passing through their arteries. The reference values for blood pressure are measured in millimeters of mercury (mmHg), and it is composed of two measurements: systolic and diastolic pressure. The PA is an issue on which we have all heard, but much of the population is not sure what it is the systolic and diastolic pressure. This publication aims to satisfy the doubts of readers about the concepts of SBP and DBP. The Systolic Blood PressurePAS is also known as the “peak pressure” and it is the blood pressure during the cardiac systole, in other words, at the time of contraction of the heart, causing the thrust of blood into the arteries. It is the pressure exerted by the blood against artery walls, that is, the more the heart contracts emphasizing more the systolic pressure increase (LOPES, 2010). The diastolic blood pressure regarding the PAD, also known as minimal, it opposes systolic blood pressure and is influenced by the resistance imposed by vessels from the passage of blood. Your relationship with physical exercise can be given by the fact that during activity the blood’s passage will resistance is lower due to the relaxation of arteries, causing consequently cause diastolic blood pressure is reduced, and an indicator of fitness (LOPES , 2010). What are the reference values for blood pressure? Blood pressure deserves attention, because their excess or when it is too low creates complications to health. In 2007, the Joint International Committee, reported some benchmarks to measure the PA, being them: Hypertension: Not less than 14/9 or 140 mm / Hg systolic x 90mm / Hg diastolic. Normal stress: Equal to or less than 12/9 or 120 mm / Hg systolic x 90mm / Hg diastolic Pre Hypertension range that goes between 12 and 13.9 (120 to 139) systolic and / or 8, 8.9 (80 to 89) Diastolic. Hypotension: Less than 9/6 or 90 mm / 60 mm Hg for systolic / diastolic Hg.