Today we present the bony structures, which in future publications treat the soft tissue.

Bones of the shoulder girdle

The shoulder girdle consists of two separate bones: the scapula and the clavicle. The scapula has the shape of a triangle; it has a bony process called spine of the scapula in the posterior region and this divides the scapula in two tanks. The lateral edge of this spine forms above the joint, such as a bone lengthening, bone another process, known as acromion (WIRHED, 1986).

The clavicle form, together with the anterior portion of the acromion acromioclavicular joint. The sternoclavicular joint establishes a link to articulate the clavicle to the sternum and finally the lateral portion of the scapula so that the glenoid cavity, articulating the humerus (WIRHED, 1986). The joint function and unite bone parts is fundamentally allow there is a specific mobility for each set. (DANGELO, 1988).

The proximal end of the clavicle articulates with the manubrium of the sternum and cartilage of the first rib to form estemoclavicular joint. This joint provides the main axis of rotation for the movements of the clavicle and the scapula. (Hall, 1993).

The sternoclavicular joint allows free movement in the frontal and transverse planes and even a few degrees of rotation in the sagittal plane (Hall, 1993).

Some muscles are also responsible for supporting the joint, as the subclavian, short and powerful and also a joint capsule helps to make the tough joint to dislocation or breakage. (Hamill 1999). The articulation of the acromion process of the scapula to the lateral end of the clavicle is called the acromioclavicular joint. (Hall, 1993). It’s a small sliding synovial joint that is not present in all individuals. Often it has a fibrocartilage disc as the sternoclavicular joint. (Soderberg, 1986 cited HAMILI 1999). It is this articulation that occurs most scapula moves on the collarbone. The joint that has the most free movements of the human body, allowing flexion, extension, hyperextension, abduction, adduction, horizontal abduction and adduction and medial and lateral rotation of the humerus (Hall, 1993). It is a synovial joint, which offers the greatest range and movement potential of all joints of the body. The reason for the laxity and excessive range of motion allowed by the joint is the structural constitution, a loose joint capsule and ligament limited support. (Hamill 1999).

As there is minimal contact between the glenoid cavity and the humeral head, the shoulder joint depends on ligament and muscle structures for stability. On the front side of the joint, support is provided by the capsule, the glenoid lip, the glenohumeral ligament, the ligament and coracohumeral fibers of the subscapularis and pectoralis to join the joint capsule. (Halbach 1985 cited HAMILL, 1999). Both the glenohumeral medial ligament as the coracohumeral, they support and sustain the arm when it is relaxed.

They also support the abduction movements, extension and external rotation. (SODERBERG 1986 cited HAMILL, 1999). Subsequently, the joint is reinforced by capsule, glenoid labrum and fibers of the teres minor and infrastructure “thorny who join the capsule. (HAMILL, 1999).

The tendons of four muscles subscapularis, supraspinatus, teres minor and infra-spinous also join the joint capsule (Hall, 1993). They are known as the rotator cuff muscles, because they contribute to the rotation of the humerus and their tendons form a collagen sheath take the glenohumeral joint. The strain on the rotator cuff muscles pulls the humeral head toward the glenoid cavity, thus contributing to the stability of this joint. (Hall, 1993). 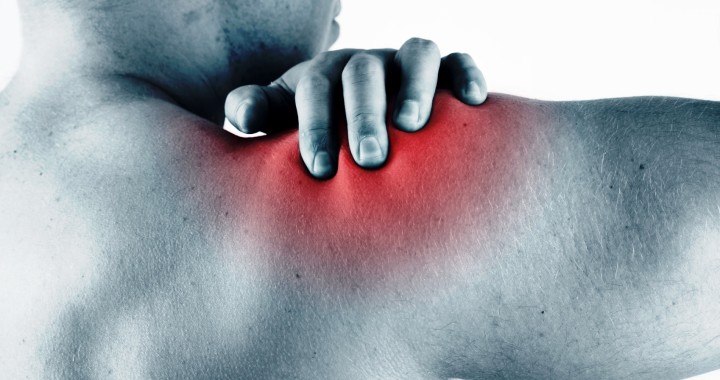