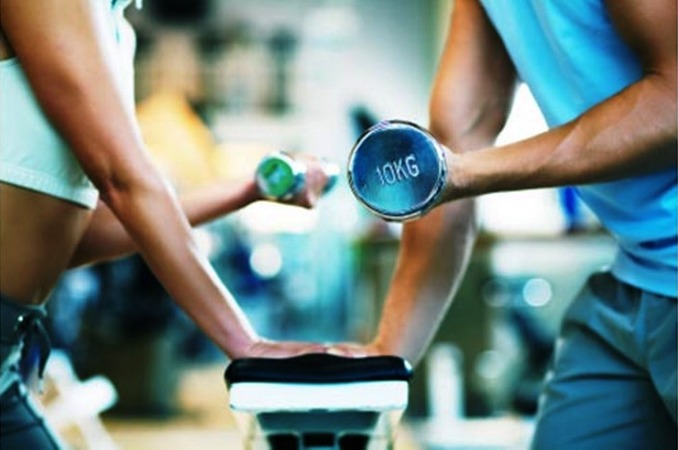 Resistance training is a method of routine use and now has become part of routine training of any sport (ACSM, 2009). Very used to increase physical fitness, resistance, muscle strength and power and increased muscle mass (PETERSON et al., 2004; ACSM, 2009), the practice of this training method causes a temporary muscle damage due to stress applied during the training.

The cardiac muscle pain is a fact that may have start 24-48 hours after practice and persist for up to 7 days, and intensity variations according to the person (TWIST and ESTON, 2005; NGUYEN et al., 2009). This muscle pain from training is attributed the injuries occurred in the sarcomeres, breaking parts of the line Z (NGUYEN et al., 2009).

Researchers have raised the question about the possibility of men and women have different reactions as a result of resistance training. Some animal studies have pointed out that the adaptations to exercise among females were lower than males and this can be given to the effects of estrogen on skeletal muscle (KOMULAINEN et al., 1999; ST PIERRE SCHNEIDER et al., 1999). Such findings have led other researchers to think that women may have less muscle damage than men (STUPKA, 2001).

Flores et al. (2011), in his study sought to compare the loss of strength, muscle swelling and muscle soreness between men and women in exhaustive exercise of elbow flexion. Males and females showed immense strength reduction after intense training session, which was different between genders was the recovery. Men showed significant recovery force until the fourth day after training, but even after 96 hours had not yet had full recovery, but without significance. The women did not get as fast as recovery showed greater strength deficit after 96 hours.

Regarding muscle swelling, both sexes had increased post exercise muscle thickness (approximately 12% in men and 8% in women) and this phenomenon remained significantly higher in pre exercise up to 96 hours.

The longer delay in the recovery of muscle strength in women may be due to the fact that the use of the muscle group, taking into account that men from childhood are much more active than women (SALLIS, 1993). Gibala et al. (2000) reports that trained muscles have faster recovery compared with untrained.

In short, men and women have similar muscle soreness, muscle strength and similar swelling after exercise, which is different genders is the recovery, where women apparently need more time for a full recovery.

The prescription of training must take into account the characteristics between genders in the initial phase of training, following a long recovery for women.