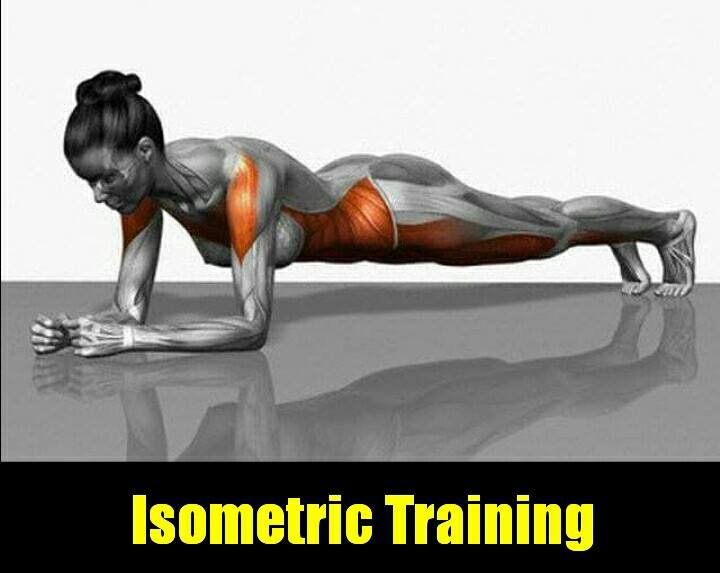 An integral part of the training routines alongside the dynamic movements, isometrics is widely used and has its importance, but you know what is isometric training?

The isometric or static training training refers to muscular action occurs where no change in muscle length involved in the action. Usually this method occurs in gym machines, barbells and dumbbells, and wall (FLECK and KRAEMER, 2006). The intention is that the practitioner perform a higher power that could concentrically, the absence of movement occurs due to overload force is greater than the threshold concentric force, preventing muscle shortening.

An example of isometric action to illustrate the understanding, would be the enforceability of a weaker member against a strong. Imagine what the left hand positioned prone to be pushed by the right hand, positioned supine. The intention is that the right hand consida move left, and the left arm elbow extension force is greater than the force of bending the right arm, there will isometrics.

Isometric training began to gain prominence when Hettinger and Muller (1953) found muscular strength gains around 5% within a week with a daily session of isometrics with 6/2 series with submaximal overloads. Already Fleck and Schutt (1985) emphasize that the static training leads to increased strength, however, will lower 5% per week.

The muscle strength increases caused the isometric training are related to the number of muscle actions, duration of muscle actions, whether these actions are maximal or sub-maximal and frequency of training. As studies of isometric training manipulate several of these variables at the same time, it is difficult to mention how important each of them (FLECK and KRAEMER, 2006).